Thirty One Gifts is an MLM business opportunity that offers handbags and other storage products. The company was established in 2003 and is owned and managed by Cindy Monroe.

The business allows their customers and prospective customers to become the company’s consultants in order to sell their products, host parties and most importantly make money. Currently, the business has over 90,000 independent sales consultants all over the U.S and Canada. This is amazing given that the company has only been in operation for less than two decades.

This year Thirty One Company went through some reorganization and closed its Ohio production facility. The closure of this facility took away about 74 jobs. When the company opened the Ohio distribution center in 2011, they promised that they are going to create as many as 500 jobs; however, most of those jobs were never created.

Along with the closure of the Ohio distribution facility, about 220 workers will lose their jobs in Johnstown. Their Easton operations will continue as usual.

Companies sometimes have to make tough decisions such as reducing the number of employees in order to maximize their profits. It’s sad to see people lose their jobs, but business is business.

As mentioned earlier, Thirty One Gifts is a direct selling company that specializes in women’s fashion niche. This sees the company market a variety of personal accessories, wallets, jewelry, thermals, purses, totes, organizer bags and homeware.

The company offers a lot of products that cannot be listed here individually; however, a full list of their products along with the retail pricing is available at their official website.

Of note is that the company was faced with a lawsuit in 2010. The lawsuit was filed by Miche Bag who claimed that Thirty One Gifts was selling bags that had interchangeable outer covers.

However, Miche Bag lacked evidence to support his claims and decided to withdraw the case. He had to pay Thity-One Gifts $10,000 to cover legal costs.

The Thirty-One Gifts compensation plan pays affiliates to sell the company’s products to retail customers. Affiliates are also paid commissions when they sponsor or recruit new members to the business.

The business utilizes the unilevel compensation plan to pay out residual commissions. This type of commission is paid out down to a maximum of three generations per unilevel group.

Thirty One Gifts affiliates are entitled to an initial commission of 25% on retail customer orders. Based on the rank of the affiliate, the retail commissions are paid as follows:

As you can see, the retail commission starts at the Director rank.

Consultant – Does not receive any MLM commissions

Senior Director – Receives 5% commission on the first generation, 3% on the second generation and 2% on the third generation

Senior Executive Director – Receives 9% commission on the first generation, 3% on the second generation, and 2% on the third generation.

When an affiliate qualifies as a Director, he or she is awarded with a one-time bonus of 1,000 dollars.

This type of bonus pays out affiliates 1,000 dollars to 7,500 dollars when the affiliates they personally recruited qualify for the Director or a higher position. The bonuses are paid as follows:

Executive Director – Receives a Developing Director Bonus of up to $3000

It seems like the company offers a three month qualification period for this type of bonus, however the compensation plan materials is not clear as some vital details are still missing.

The affiliate membership cost for a new member is $99. Shipping and handling is extra.

Is Thirty One Gifts Scam?

So the question that gets raised a lot is….Is Thirty One Gifts A Scam?

Well you’ll be happy to know that it definitely is not a scam. Thirty one gifts has been going since the 1930’s and has had a lot of very good reviews and a lot of people have made money selling their products.

The company appears to be ideal and legitimate business opportunity that targets women who are enthusiasts of fashion.

The 2010 voluntary dismissal lawsuit of Miche Bag is a good indication that the company is legitimate and offers quality products.

If you are new to this type of business opportunities, it is highly advisable that:

Fashion always keeps on changing from one season to another, it is therefore important that you purchase your products accordingly. Remember, Thirty One Gifts is a women’s fashion niche and women’s fashion is a very competitive business.

Do some thorough research about the kind of competition that you expect from your local stores before you decide to join this business opportunity.

If you are satisfied with the above qualifications and you believe that you are perfect at approaching people and encouraging them to join Thirty One Gifts, go for it.

I hope you enjoyed my Thirty One Gifts  Review post. If you would like to know what company I fully endorse and actually presently endorse myself then read on….

Great Company But What Do You Promote Manny?

So I fully recommend the opportunity that you can access below. I have gone right through the whole system with a fine tooth comb and think it is one of the better opportunities out there which is why I now personally endorse it.

I have been marketing it for just a short while and am already making thousands of dollars using it and I know that this works for absolute newbies as you will see if you click the image below.

Hi I have been actively marketing online for over 3 years now and have come through all the struggles to a point where I now understand how to use the internet to make money and even better know how to teach others to do the same. To learn more about me and become my next success story go here: http://www.empowermentteam.org/work-with-me 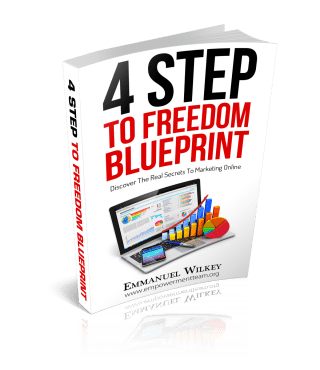